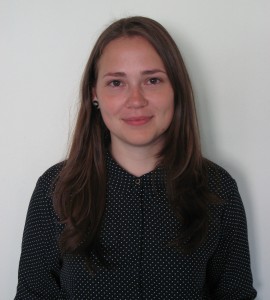 I studied at the Faculty of Biology and Soil Sciences of the Saint Petersburg State University, Russia, and enrolled in the Russian-German Masters program for Polar and Marine Sciences (POMOR) to obtain my Masters degree. During my time there I covered the whole spectrum of marine science subjects, including one semester on the University of Bremen Marine Biology MSc program. While working on a student research project which was part of the Bremen University program at the Alfred-Wegener Institute for Polar and Marine research, I found a new interest in sclerochronology. It was there that I worked on my Masters thesis “A comparative analysis of coastal environmental conditions in the eastern Norwegian Sea and southern Barents Sea by means of Arctica islandica growth records”.  In this project I aimed to find out the external factors controlling the calcification rate and to compare the growth of the molluscs between the two populations.

After successfully graduating in October 2013 I decided to do a PhD in the field of molluscan sclerochronology, having become very interested in that topic.

The main objective of my PhD project is to examine the growth variability in shells of molluscs (mainly A. islandica) from the eastern Norwegian Sea, an area strongly influenced by the eastern branch of the North Atlantic Current. The working hypothesis is that the variability of key ocean parameters of the Atlantic inflow is reflected in the growth of bivalves in the eastern Norwegian Sea. It is expected that, based on the shell growth chronologies, it will be possible to reconstruct the history, i.e. the natural variability, of the North Atlantic Current. This hypothesis is based on previous work which clearly shows the dependence of bivalve growth on environmental parameters as well as on the proven ability to use A. islandica shells to construct multicentennial master chronologies.