The Texel workshop was a wide ranging course, covering bivalve ecology, multivariate analysis, how to obtain funding and the popular analytical software package “R”.  Rob Witbaard was the organizer, and he ran the whole thing very efficiently, ensuring excellent food and refreshments throughout, and leading the “R” workshop on the final two days.

We kicked off on Day 1, with a keynote talk by Marc Lavaleye, a marine ecologist at NIOZ, on ecological adaptation of bivalves, followed by an introduction to bivalve taxonomy by by Julien Thebault.  Afterwards, Julien and Rob ran a Bivalve taxonomy and shell ID exercise with the students struggling to match samples to the descriptions and pictures in Norman Tebble’s 1976 classic British Bivalve Seashells. With two teams competing, the result was very close and the bottle of champagne was shared. 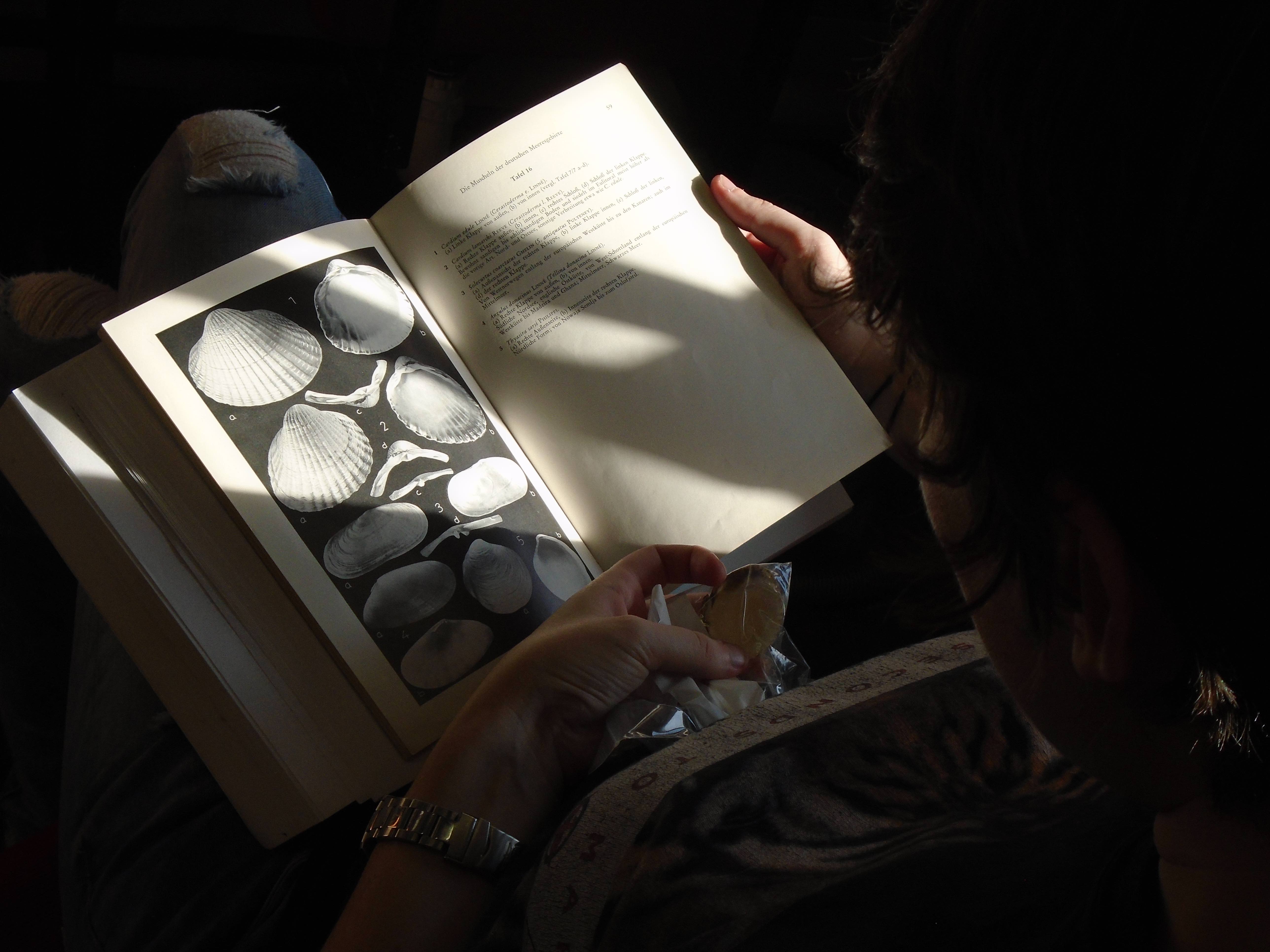 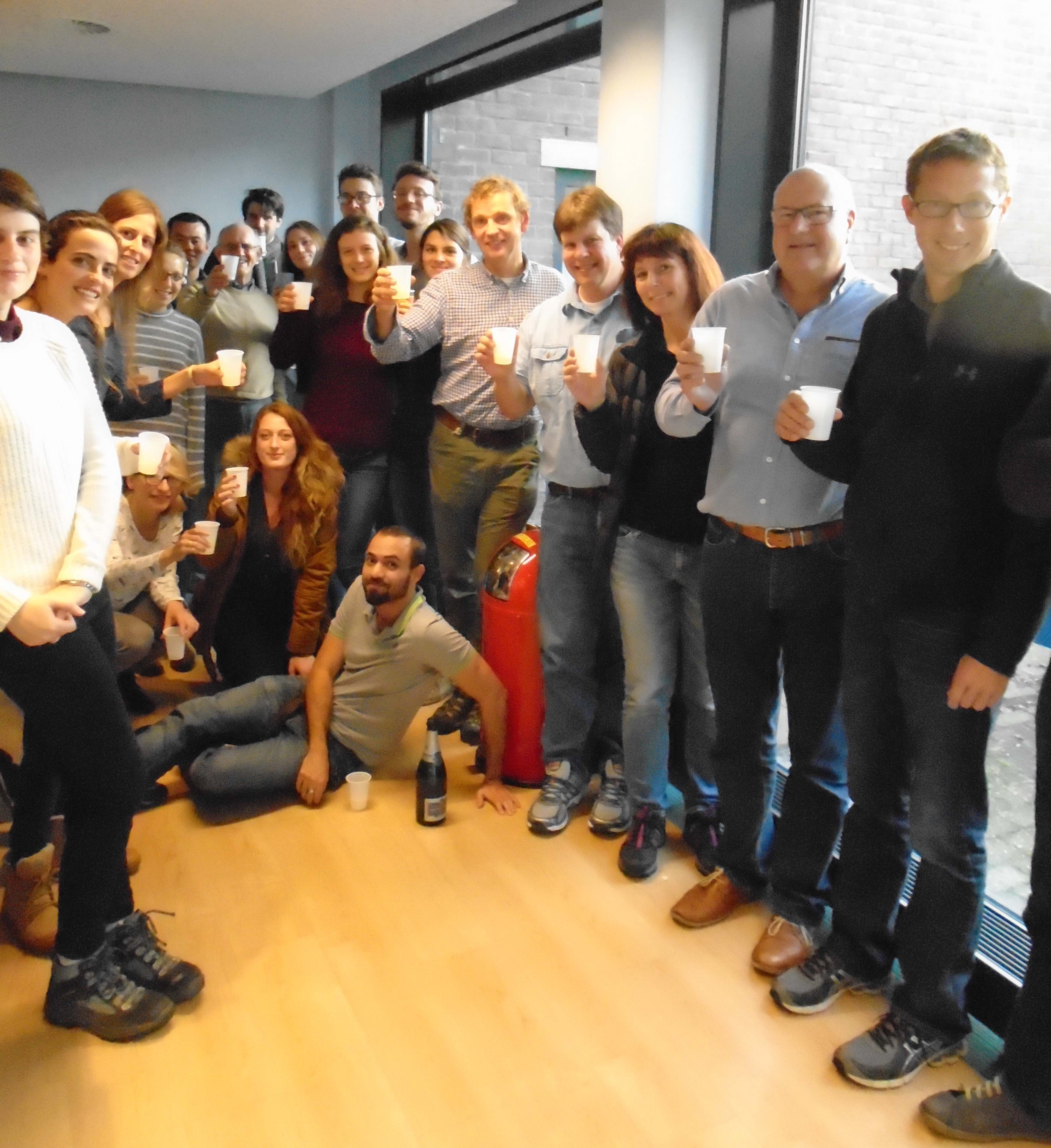 On Day 2, Bryan Black from University of Texas at Austin (far right in the photo above) talked about his work using multiple ecological indicators to reconstruct climate patterns.  He started with some essential reminders about crossdating, and in particular the importance of making sure that banding is visually crossdated before it is verified using software. He went on to discuss the use of long historical records of ecological change (including fisheries data and records of seabird behaviour). The integration of many such records requires the correct use of multivariate statistics, and here Bryan excelled, achieving the difficult goal of explaining exactly what Principle Components Analysis does, simply and without using any obscure jargon. A quick and dirty comparison of existing shell chronologies, including some ARAMACC chronologies, indicated that the shells carried the signals of two principle modes of climate variability, a finding that we will certainly be investigating in detail.

Day 3 started with the completion of the PCA work.  After that we kicked off the part of the workshop dedicated to grant capture with talks by Chris Richardson and Rob Witbaard on the essentials of a good application. The afternoon of Day 3 was devoted to fieldwork, with Rob and Chris leading an exercise in the distribution of the common cockle (Cerastoderma edule) on the tidal flat.  The need to do some analysis of the data afterwards meant that this was a late evening, and Rob organized a simple and delicious supper in the canteen at NIOZ. 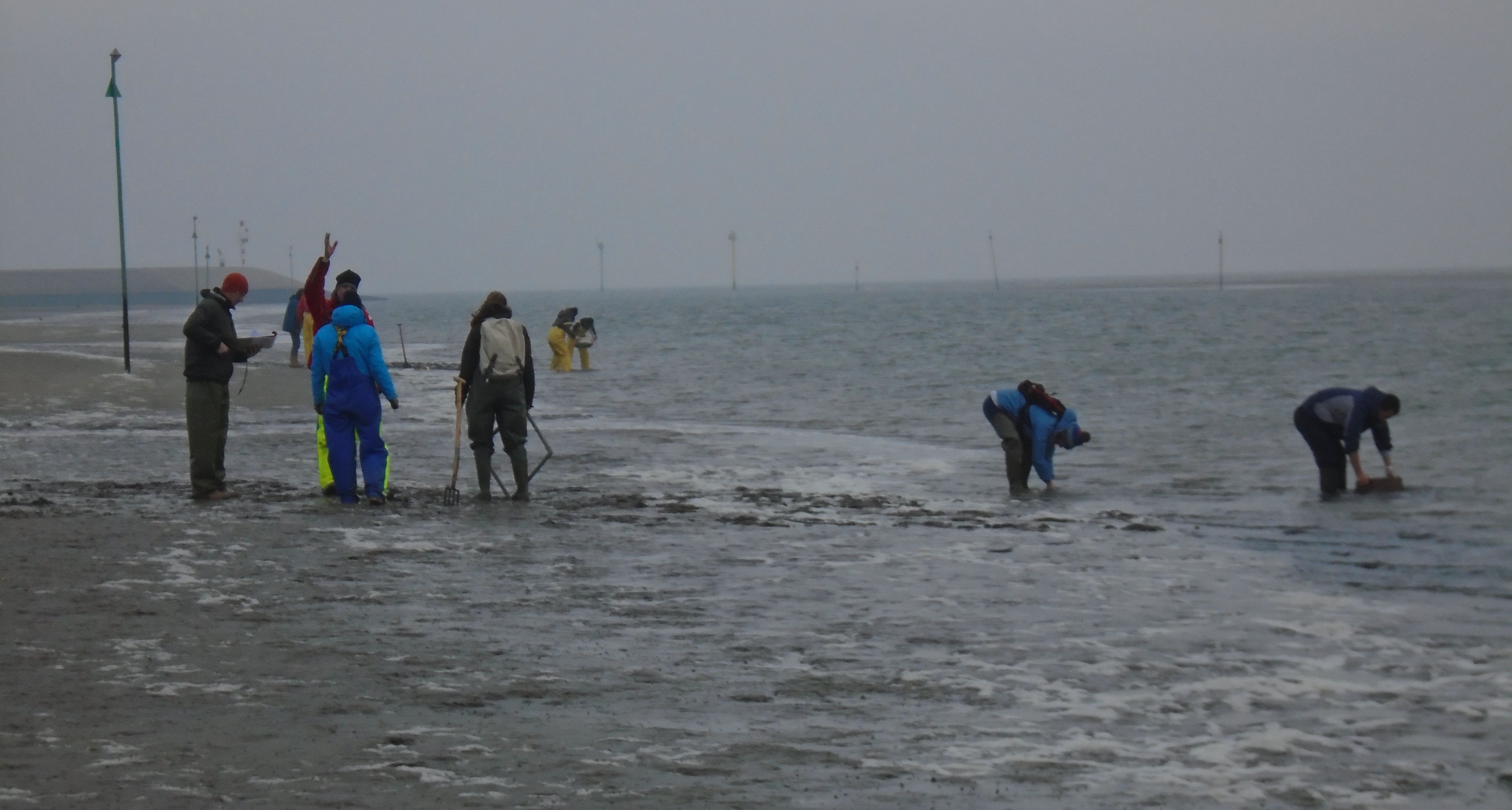 Wet and filthy work on the tidal flat

On the morning of Day 4 the students gave their pitch presentations, five minute talks based on a single poster-like slide. I won’t summarize them here, but I hope shortly we can start to update each students’ personal page with information about the progress of their projects.  After lunch Juliane gave a stimulating talk on potential applications of sclerochronology in the commercial and regulatory sectors, including possible uses in oil rig decommissioning and the monitoring of microplastics in the oceans.  Day 4 finished with a talk by a recently successful grant applicant, David Reynolds, whose 3-year isotope-based study of pan-Atlantic environments began only last month. His advice on the practicalities and essentials of funding applications fed into yet another exercise, where the students were divided into four consortia making competitive bids for limited funding from the Scientific Research Council of Ruritania.  They had an hour or so to get started … 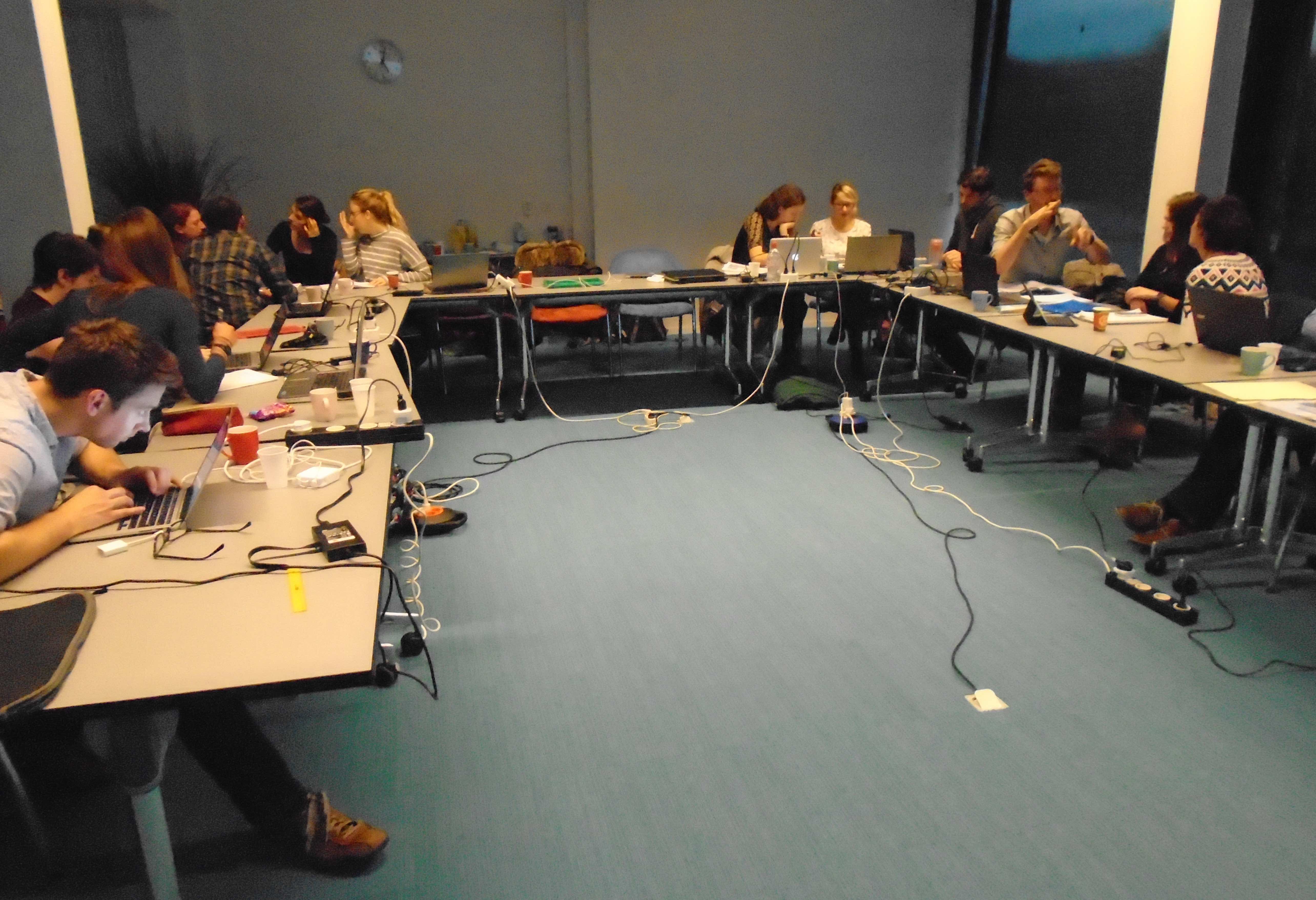 The consortia get to work at 5pm …

… and carried on for most of Day 5 until the deadline at 3pm. 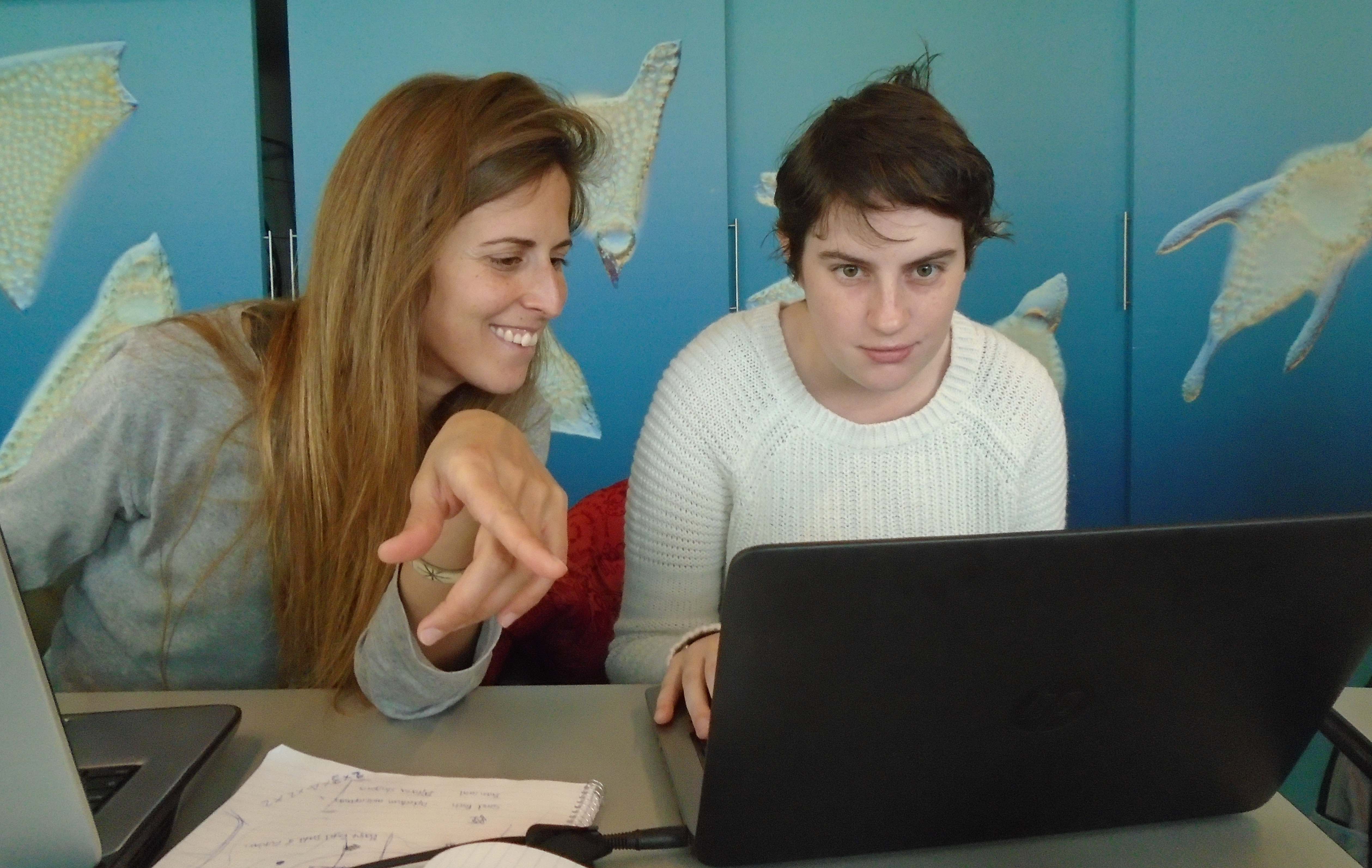 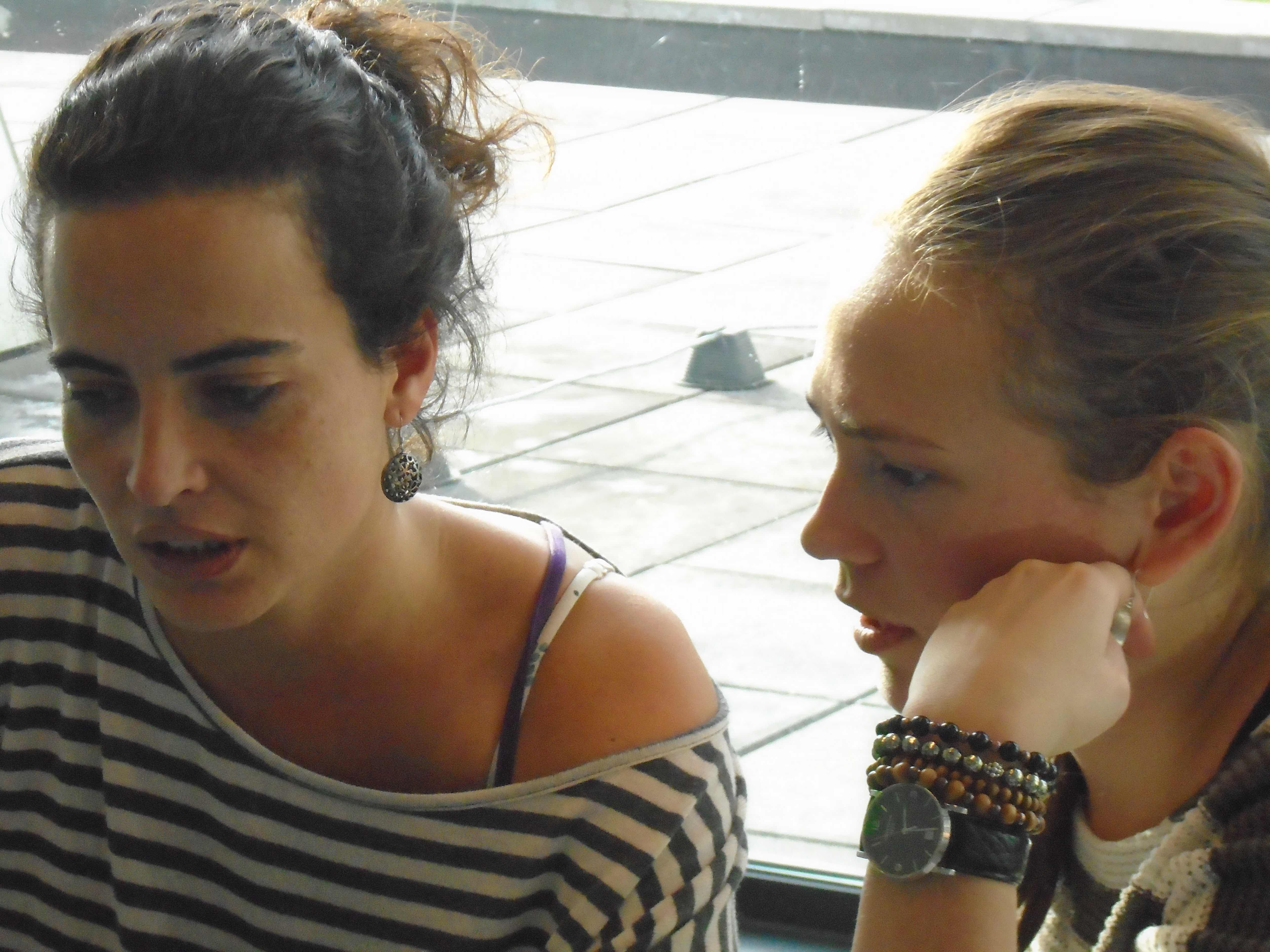 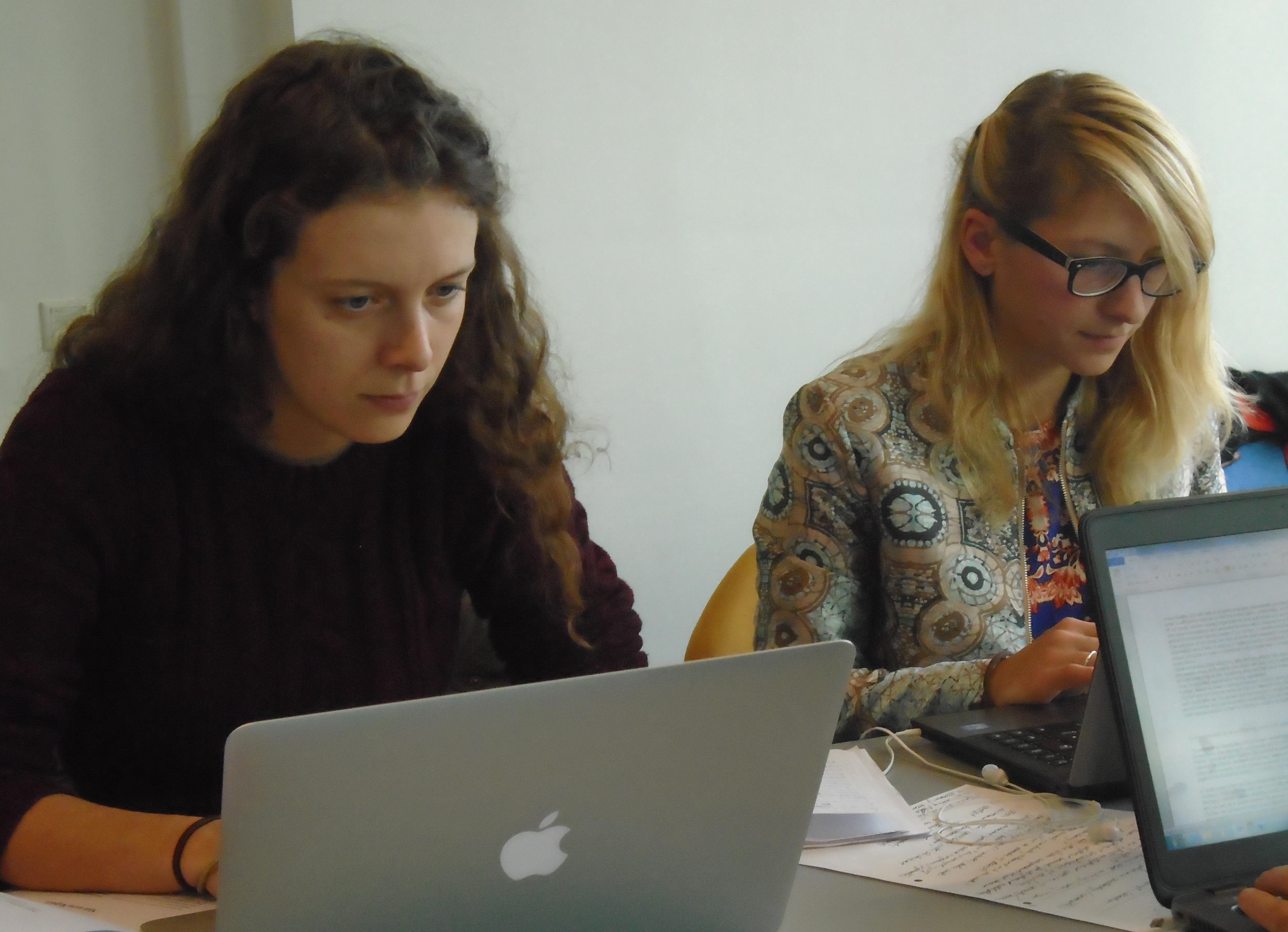 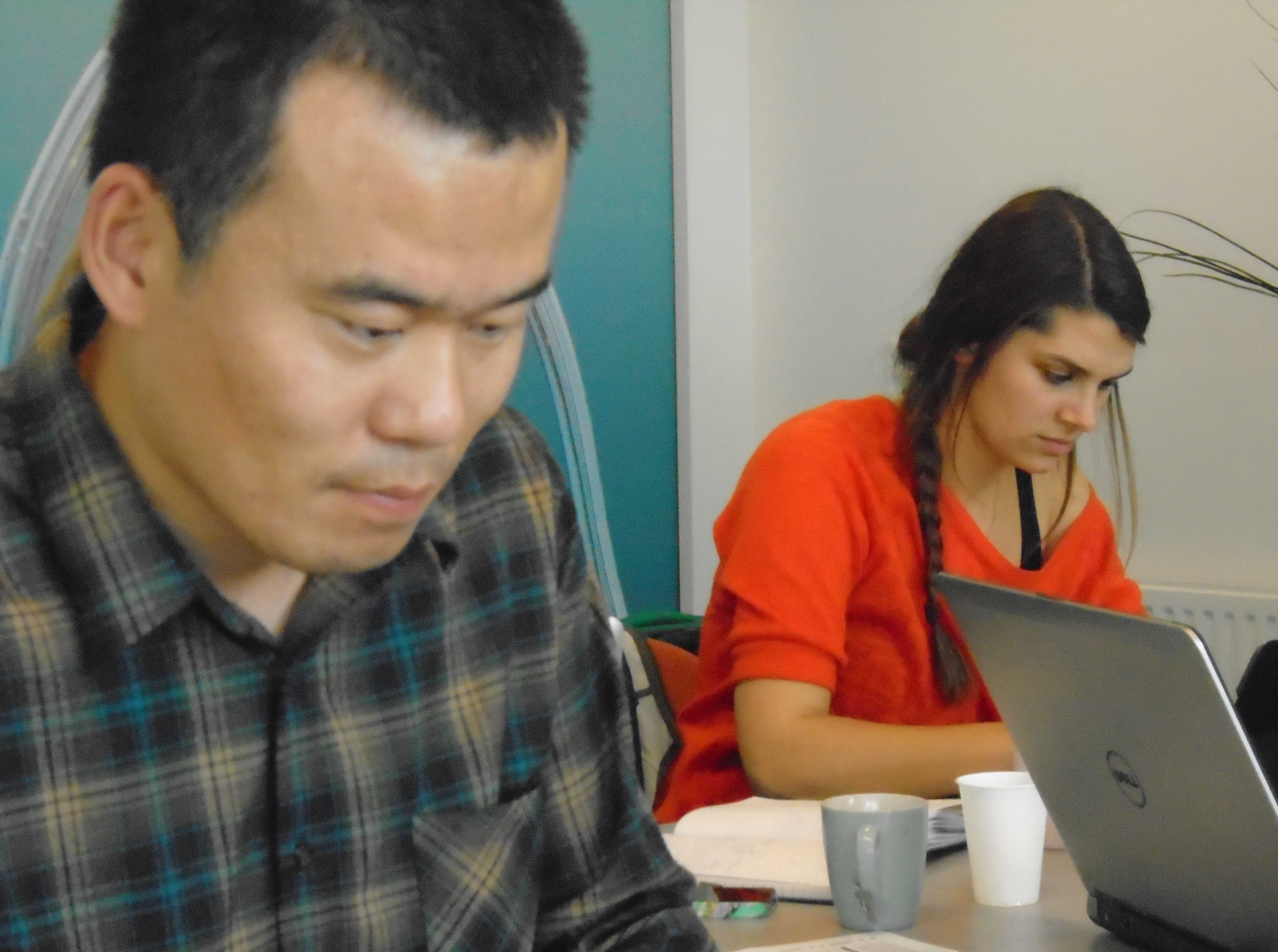 For the record, the winning project was SCREEN, a well thought out proposal for testing the effect of sunscreen on corals.  Congratulations to Stefania, Juliane and Una!

Day 6 was a welcome day off, spent touring Texel by bike or Rob’s little runabout.  The highlight was undoubtedly eating the fieldwork 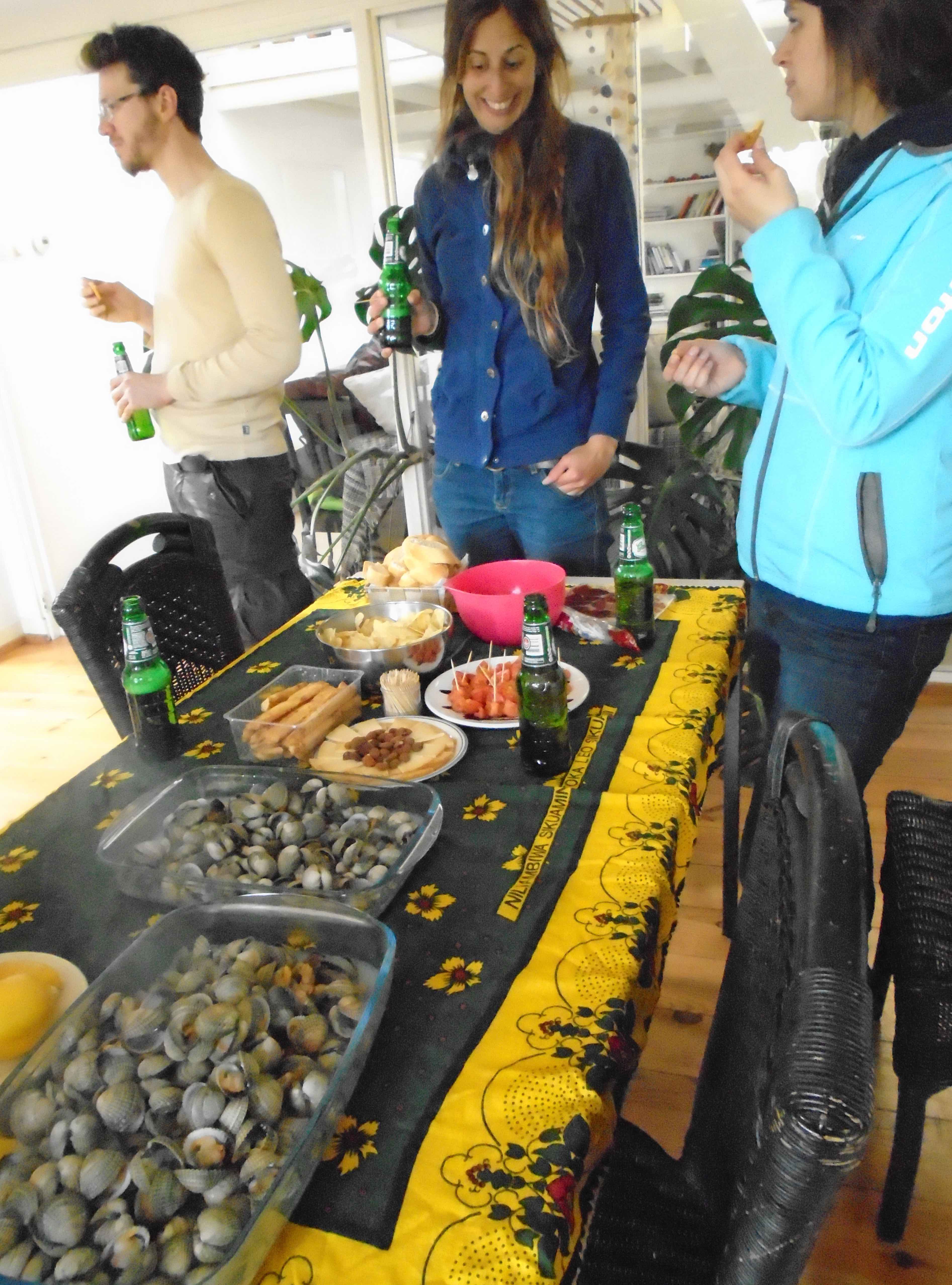 The “R” workshop took place on days 7 and 8, but I’d left by then, so a bit of aditional text from anybody who was there would be very welcome. 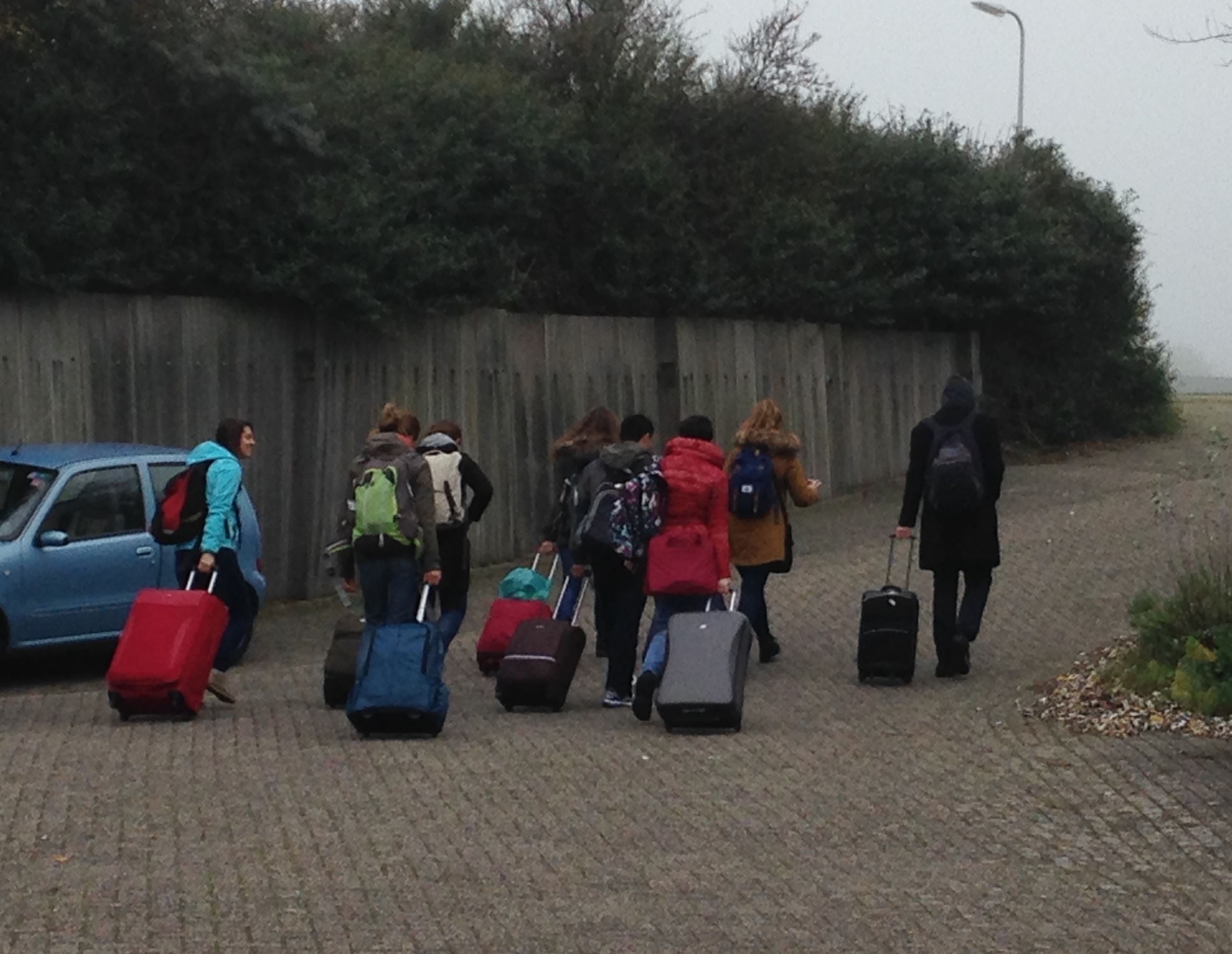