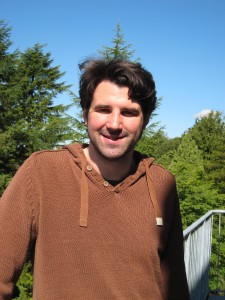 In 2013 I finished my studies in Geology with a focus on micropaleontology at the Department of Geoscience of the Eberhard Karls University Tuebingen (Germany). The main interests of my studies were the reconstruction of marine climate conditions and sedimentological processes. For my Diploma Thesis I investigated the influence of sea level fluctuations and insolation on planktonic foraminifera in the central Red Sea during the Marine Isotope Stage 13 and towards the glacial maximum of the Marine Isotope Stage 12. As part of my Studying Thesis I performed a field mapping of Paleogene and Neogene sediments in Central Bulgaria. Throughout my studies I have worked as student assistant in the micropaleontology group of the Department of Geoscience in Tuebingen. My practical work experience mainly comprised the preparation and analysis of micro-fossils and the preparation of marine sediment cores.

For my ARAMACC PhD project at Uni Research AS in Bergen (Norway) I investigate the late Holocene marine climate variability of North Atlantic Water masses around the Faroe Islands by applying molluscan sclerochronological techniques. The Faroe Islands are situated in the middle of the Faroe Current, which is considered to have a strong influence on the northward transport of heat and salt to the Arctic regions and on climate development in Northern Europe. Thus, the area around the Faroe Islands represents an excellent location for the investigation of the climate variability of northward flowing North Atlantic water masses into the Arctic regions.

By counting and measuring the single growth increments of shells of the bivalve species Arctica islandica and by cross-matching several life-collected and dead specimens, it is planned to build an annually resolved master chronology. This chronology will be at least 300 years long and will be the first multicentennial shell-based chronology from the surroundings of the Faroe Islands. Further, it will exceed instrumental observations and will provide a deeper insight into the annual North Atlantic climate variability.

The main objectives of this PhD project can be summarized as follows: